John Clifton “Jack” Bogle (May 8, 1929 – January 16, 2019) was an American investor, business magnate, and philanthropist. He was the founder and chief executive of The Vanguard Group.

His family was affected by the Great Depression. They lost their money and had to sell their home, with his father falling into alcoholism which resulted in his parents’ divorce.

He earned his undergraduate degree in 1951 and attended evening and weekend classes at of Pennsylvania.

After graduating from Princeton in 1951, Bogle narrowed his career options to banking and investments. He was hired at Wellington Fund, where he showed great talent and led the manager of the fund, Walter L. Morgan, to say, “Bogle knows more about the fund business than we do.”Bogle was promoted to an assistant manager position in 1955, where he obtained access to analyze the company and the investment department. Bogle demonstrated initiative and creativity by challenging the Wellington management to change its strategy of concentration on a single and did his best to make his point in creating a new fund. he succeeded, and the new fund became a turning point in his career. After successfully climbing through the ranks, in 1970 he replaced Morgan as chairman of Wellington, but was later fired for an “extremely unwise” merger that he approved. It was a poor decision that he considers his biggest mistake, stating, “The great thing about that mistake, which was shameful and inexcusable and a reflection of immaturity and confidence beyond what the facts justified, was that I learned a lot.”

In 1974, Bogle founded the Vanguard Company which is now one of the most respected and successful companies in the investment world. In 1999, Fortune magazine named Bogle as “one of the four investment giants of the twentieth century”.

In 1976, influenced by the works of Paul Samuelson, Bogle founded First Index Investment Trust (a precursor to the Vanguard 500 Index Fund) as the first index mutual fund available to the general public. In a 2005 speech, Samuelson ranked “this Bogle invention along with the invention of the wheel, the alphabet, Gutenberg printing”.

Bogle had heart problems in the 1990s and, in 1996, he relinquished his role as Vanguard CEO to John J. Brennan, his handpicked successor and second-in-command whom he had hired in 1982. Bogle had a successful heart transplant in 1996. His subsequent return to Vanguard with the title of senior chairman led to conflict between Bogle and Brennan. Bogle left the company in 1999 and moved to Bogle Financial Markets Research Center, a small research institute not directly connected to Vanguard but on the Vanguard campus.

Bogle’s innovative idea was creating the world’s first index mutual fund in 1975. Bogle’s idea was that instead of beating the index and charging high costs, the index fund would mimic the index performance over the long run—thus achieving higher returns with lower costs than the costs associated with actively managed funds.

Bogle’s idea of index investing offers a clear yet prominent distinction between investment and speculations. The main difference between investment and speculation lies in the time horizon. Investment is concerned with capturing returns on the long-run with lower risk, while speculation is concerned with achieving returns over a short period of time. Bogle believed this is an important analysis to be taken into account as short-term, risky investments have been flooding the financial markets.

Bogle argued for an approach to investing defined by simplicity and common sense. Below are his eight basic rules for investors:

John Clifton Bogle, known as “Jack” became a legend on Wall Street after he gave ordinary investors the chance to put their money in index mutual funds in the mid-1970s.

The practice has ballooned since then, to become a $10tn industry.

He was later renowned as “the father of indexing”, but when he first introduced it he was ridiculed.

Born in modest circumstances in New Jersey just a few months before the 1929 Wall Street crash, he worked his way through Princeton, where he studied economics, before landing his first job in the investment industry.

John Bogle created Vanguard in 1974, and introduced the first indexed fund for individual investors in 1976.

Dubbed “The Vanguard Experiment”, rather than relying on the stock picking skills of fund managers, it simply tracked a broad market index such as the S&P 500.

it flopped, failing to attract the of investors. It was denigrated by critics as “un-American” and “a sure path to mediocrity”.

Promising to only match what the broader market index could achieve wasn’t very enticing. The new index was ridiculed as “Bogle’s Folly”.

But he persisted, promoting the idea that a “passive” long-term approach could serve investors better than managed funds, particularly because it offers lower management fees and costs. The idea eventually caught on. Today the firm manages $5tn of investor funds”.

He broke from industry tradition again in 1977, when Vanguard ceased to market its funds through brokers and instead offered them directly to investors, eliminating sales charges.

In his later years Mr Bogle continued to press for reforms to corporate governance and fund administration.

He earned a reputation as a curmudgeon, who was at times at odds with his colleagues at Vanguard, but he continued to garner admiration.

“He made himself a centurion to the individual investor,” said Charles Ellis, an industry consultant a former Vanguard funds director. “He had one great message, about lowering fees, and he kept hammering away at it.”

Jack Bogle, in his last CNBC interview, on why timing markets never  | Video 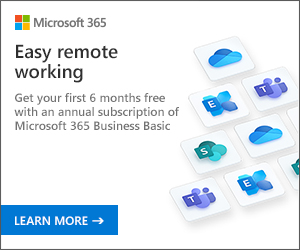